KUALA LUMPUR, July 4 (Bernama) – Kuala Lumpur will host the concluding session of the Permanent People’s Tribunal (PPT) on the persecution of ethnic Rohingya, Kachin and other minority groups in Myanmar, at Universiti Malaya from Sept 18 to 22.
END_OF_DOCUMENT_TOKEN_TO_BE_REPLACED

The Centre for Human Rights Research and Advocacy (CENTHRA) condemns in no uncertain terms the assassination of U Ko Ni, a prominent lawyer and advisor to the National League of Democracy (NLD) in Burma last 29 January. We express condolences to his grieving family and friends. END_OF_DOCUMENT_TOKEN_TO_BE_REPLACED

January 20, 2017 By Azril Mohd Amin in Uncategorized Leave a comment

David Mathieson’s Op-ed, “The Lady and the Rohingya” (1/16/17), instead of being a balanced presentation of the challenges faced by Suu Kyi in addressing the Rohingya persecution obfuscates the matter by undermining the work of Rohingya activists. END_OF_DOCUMENT_TOKEN_TO_BE_REPLACED

The systematic suffering by the impoverished Rohingya community who have done no wrong whatsoever and do not justify any ill treatment can and must be brought to a permanent end and it is up to us, as members of the international community, to do so. END_OF_DOCUMENT_TOKEN_TO_BE_REPLACED

This statement was first published on Malay Mail Online.

SEPTEMBER 3 — The Centre for Human Rights Research and Advocacy (CENTHRA) read with utter bewilderment the suggestion of a former Court of Appeal judge, Datuk Mohd Noor Abdullah, that authorities must do as much as possible to ensure jails are made highly inhospitable for prisoners by having their detainment cells deliberately infested by rats, cockroaches and other rodents so that inmates are deterred from repeating their crimes (Cells should have mosquitoes, rats and cockroaches to make criminals fear prison, says retired judge, The Malay Mail Online, September 1, 2016). END_OF_DOCUMENT_TOKEN_TO_BE_REPLACED 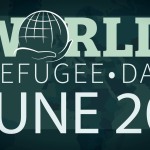 Tomorrow is World Refugee Day, commemorated annually as such since the United Nations General Assembly proclaimed vide Resolution 55/76 to mark 20 June 2001 as the first such day following the 50th anniversary of the 1951 Convention relating to the Status of Refugees. Indeed, the past few years have seen many forced to flee their homes due to wars and conflicts occurring in various parts of the world, notably Syria, Iraq, Afghanistan and Myanmar as well as to escape widespread famine caused by the onslaught of global warming and escalation of climate change happening in places such as India and Africa due to, among others, inaction on the part of governments to mitigate the same ever since the Paris Agreement was agreed in December 2015. According to the Intergovernmental Panel on Climate Change, climate change will displace hundreds of millions of people by the end of this century, increasing the risk of violent conflict and wiping trillions of dollars off the global economy if further action is not taken soon to mitigate its effects. END_OF_DOCUMENT_TOKEN_TO_BE_REPLACED

Published in The Malay Mail Online. June 1 — The Centre for Human Rights Research and Advocacy (CENTHRA) reads with deep concern the joint statement by the Joint Action Group for Gender Equality (JAG) with regards to the Private Member’s Bill tabled by YB Dato’ Seri Haji Abdul Hadi Awang, Member of Parliament for Marang seeking to amend the Syariah Courts (Criminal Jurisdiction) Act 1965 (Amended 1984) to enable the increase of punishments meted out by the Syariah courts (Increasing powers of Syariah Courts may lead to rights violations, MalaysiaKini, 31 May 2016). END_OF_DOCUMENT_TOKEN_TO_BE_REPLACED